One of the lesser known listed buildings in the Havant town centre area is the Victorian signal box, just east of Havant station on New Lane.  The image below shows the signal box in its heyday. 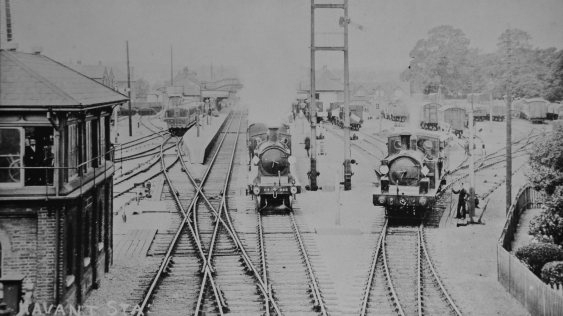 The Hayling Billy line can be seen on the left hand side of the image, occupying the space now used as the south-side station car park, while the right hand side of the image shows the extensive shunting yard on the field to the north of the station in Eastern Road.  To us ‘older residents’, the shunting yard is perhaps better known as ‘the horses field’, while to more recent residents, the area is now occupied by Centenary Gardens.

Following on from the successful restoration of the Gazebo Garden,  at the public meeting of the Society in April 2018, approval was given for the Committee to investigate the potential for a project to restore the now dilapidated signal box. 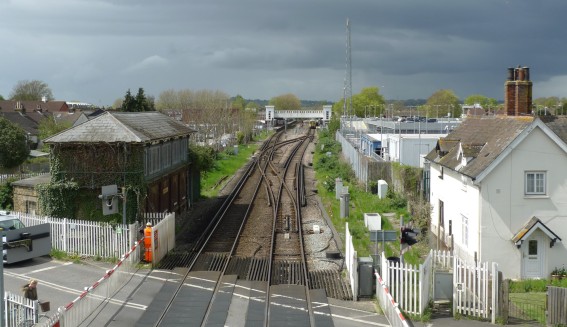 Built around 1890 for the London, Brighton and South Coast Railway and extended in  around 1938 for the Southern Railway. It is a large Type 5 Saxby and Farmer signal box, brick framed with timber framed upper floor and hipped Welsh slate roof.

Under the leadership of Ann Buckley, HCS has launched a working party looking at the viability of setting up a project to restore the box and put it to community use.  The minutes of the inaugural meeting of this group can be found here.